In the last 3 weeks we have had 2 groups of Cybernetics (ASE) students in internship at QQinfo. One of these groups focused on the development in Qlik™ of a set of visual analyses about the expenses of the Romanian local administration in recent years.

Here are some of our common results and findings, obtained within 2 weeks of their first steps in Qlik™.

1. Distribution of the cumullated expenses of all Romanian local administrations.

2.  European funding has been absorbed in a completely different way by the districts of Bucharest. 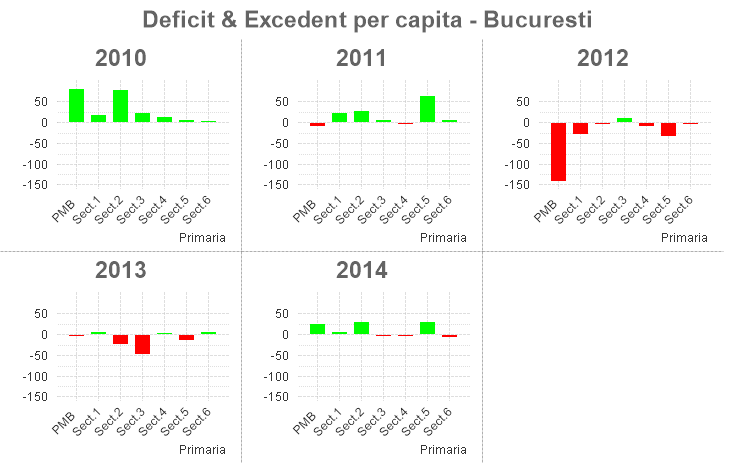 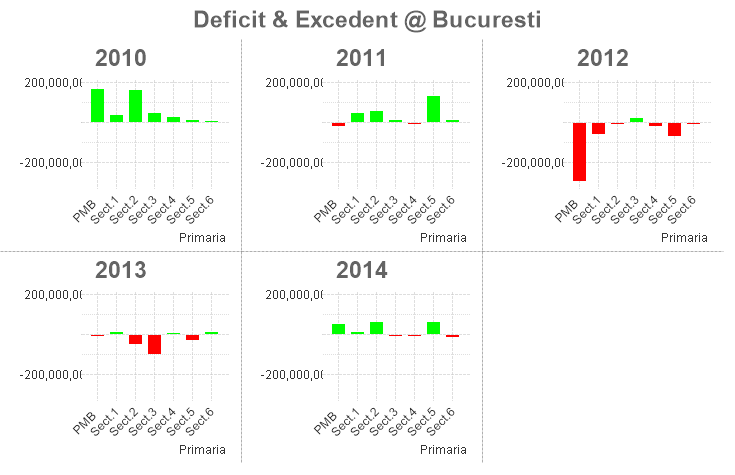 Returning to a national perspective, here is a breakdown by budget and per capita budget by region: 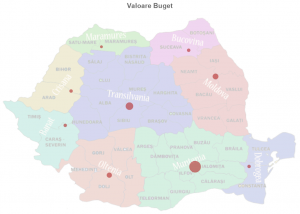 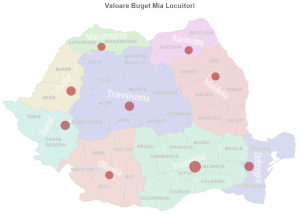 But also the top budget (and per capita) for Romanian municipalities (Bucharest and districts were excluded). 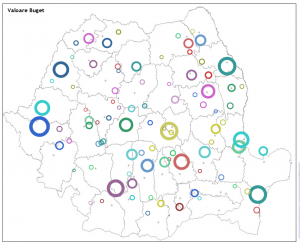 If you are interested in using the published information further, you can take it over, specifying the sources: (www.banipublici.ro and www.QQinfo.ro)

And if you need an in-depth analysis of this kind of information, the results of collaboration with our students have been generated dozens of views, which turn into thousands of analyses through selections (this in only 2 weeks of testing!), of which only a small part has reached this article.

In case of significant interest, we will look for solutions to publish the entire information package, including a broader historical perspective.

Thanks for the involvement of those 5 students (Andreea Tănase, Ioana Cirstian, Lavinia Simion, Natalia Petrian and Jumanazar Gurbanov), but also to the teachers from ASE who offered us the opportunity to meet and interact with them.

Thanks to Cătălin P. for the  idea and for directing to the main data sources used and thanks to Florentina Dogaru, for the guidance given to the student team.

For information about Qlik™, please visit this site: qlik.com.

“Only capitalizing on the hourly analysis proposed by QQinfo allowed us to identify situations in which the hourly planning of the activities of our courier teams could be improved, leading to an increase in the efficiency of our field resources by at least 20 percent, so we have already amortized the money invested in the Qlik™ platform in the first 3 months, practically already obtaining a higher ROI than the one estimated in the initial analysis.”

“We have approached the QQinfo team to implement reporting and analysis solutions to improve the performance of AUTOKLASS, from the express desire to automate some processes. Later, we decided to extend the reporting system and management analysis from the need to give decision makers time to quickly find better, faster solutions by accessing data at a Qlik™ distance.

We chose QQinfo because they demonstrated to us their dual ability, on one hand to master the Qlik™ platform and on the other hand to understand in a few words and to offer concrete solutions, with alternatives, to our real business needs. financial and operational.

Our results obtained after the first delivered project: 95% decrease in calculation time in cash flow projections, simultaneously with an increase in accuracy of at least 3 times.

After the delivery of the first projects, we found, with joy, that we have in QQinfo a reliable partner, which responded promptly to our punctual requests for support, which is why we decided to extend the stand-by support service contract. In the near future we will expand the collaboration with new projects as soon as our new data sources will offer us new fronts of work.

“We decided to choose QQinfo and Qlik™ mainly because of QQinfo consultants’ abilities to quickly understand our company’s needs and to create a coherent, multi-dimensional and easy-to-use system of analysis specific to our industry, going exclusively from 2 meetings with NEMO management.

During the development of the KFactory platform, the need to integrate a business intelligence solution appeared. After a long search, we had the pleasure of meeting the QQInfo team, a team that has proven its professionalism by supporting the accelerated adoption of Qlik Sense™ in our platform. Following the conclusion of the partnership with QQInfo, both parts won, but especially our customers.

QQinfo have done everything they promised and even more! And together they use the coolest possible platforms: Qlik™ & AirTable ! Forget Excel completely ! 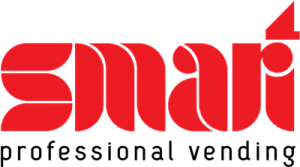 And since “lust comes eating”, after the first iterations, we contracted a regular BI outsourcing service: one day a week, one member of the QQinfo team is standing next to me to add to the Qlik™ – based management analysis system the new perspectives I need. 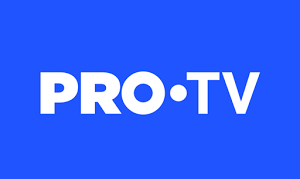 We have been able to highlight, through analyzes made in Qlik™, viewing and buying habits, smoother segments of viewers and consumers and from here, adjusting our trade and program policies where needed. Operational net result at the end of the day: an increase in efficiency by 150%.

QQinfo has provided us with a level of IT services that we have simply never encountered before. They helped us promptly with solutions to all the problems we encountered, although we did not expect them to find concrete solutions so quickly (many times they found and implemented the solution right away, during the discussion!). They took our needs on the fly and, without us writing any specifications, they created all the functionalities we asked for, but especially the ones we needed, even if we hadn’t realized them yet! They have everything you need: vision, understanding, ability, efficiency … and a little bit of humor ! 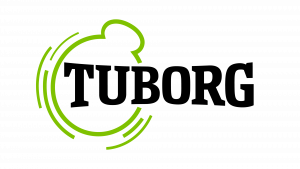 For QQinfo Team: The greatest artists and thinkers are simplifiers.

Beyond solving everyday problems, less often or not, depending on how we needed it, we appreciated the quick, involved, and innovative reaction they had to the QQinfo team when they faced a critical situation. Not only did they promptly assist us in solving all the post-disaster recovery needs related to the BI platform, but they also came up with valuable solutions through which we managed to recover extremely important details from the BI area to reconstruct the data from the transactional systems.

This website uses cookies to improve your experience while you navigate through the website. Out of these, the cookies that are categorized as necessary are stored on your browser as they are essential for the working of basic functionalities of the website. We also use third-party cookies that help us analyze and understand how you use this website. These cookies will be stored in your browser only with your consent. You also have the option to opt-out of these cookies. But opting out of some of these cookies may affect your browsing experience.
Necessary Always Enabled
Necessary cookies are absolutely essential for the website to function properly. This category only includes cookies that ensures basic functionalities and security features of the website. These cookies do not store any personal information.
Non-necessary
Any cookies that may not be particularly necessary for the website to function and is used specifically to collect user personal data via analytics, ads, other embedded contents are termed as non-necessary cookies. It is mandatory to procure user consent prior to running these cookies on your website.
SAVE & ACCEPT